After more than two years of campaigning for president of the United States by over 20 candidates of both parties, the 2016 elections are finally over.

The large immigration of Americans to Canada has yet to occur and the Canadian custom officials are still looking for all those Hollywood celebrities who threatened to migrate to Canada if Donald Trump was elected president!

From the Canadian tourist stand point, the Trump administration would more than welcome an increase of foreign tourist and especially Canadian tourism to the United States, and to Florida. This should include both the short-term tourist and those spending most of the winter in the Sunshine state.

During the real estate recession, many Canadians purchased properties in Florida and this helped the recovery in the real estate market. For those who purchased, when the Canadian dollar was at par or higher than the US dollar, many more than doubled their investment.

There are several Trump projects on the east coast of Florida and the Trump organization has marketed those projects to various countries around the world including Canada. An increase in tourism in Florida certainly is beneficial to the Trump organization as also revealed recently by the increase in membership at the Mar a Lago Club, a Trump resort in Palm Beach County. Trump also has a winter residence in this private club where national and international events are held. This gives good exposure to Florida and it’s vital tourist industry.

Canadian tourism to Florida is the largest of all foreign countries and is vital to Florida. With the collapse of the economy in Brazil, Brazil no longer even comes close to the numbers of Canadian tourist that visit Florida each year.

In addition to Canadian tourism, there is a large amount of trade between Canada and Florida. The Canadian government has one of its largest consulate in Miami and this reflects the importance of both countries continuing a strong economic relationship.

There are other parts of Canada which will benefit from the recent elections. The Keystone pipeline will surely be approved by the new administration and this will benefit the western provinces of Canada as well as the US refineries.

The views and opinions expressed in the editorial are those of the author and do not necessarily represent those of the newspaper Le Soleil de la Floride. 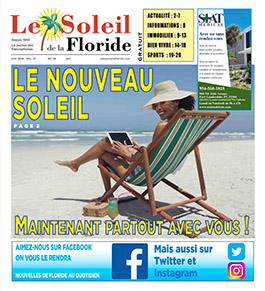 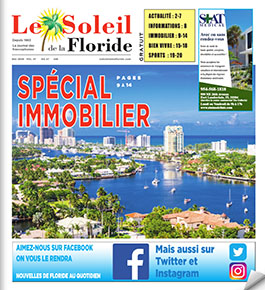 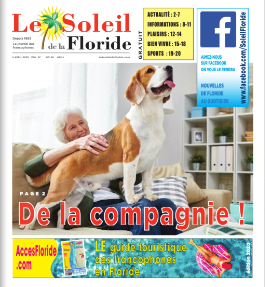 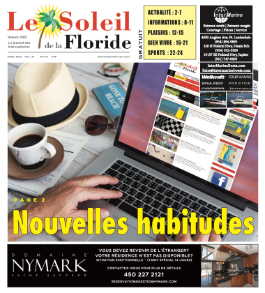